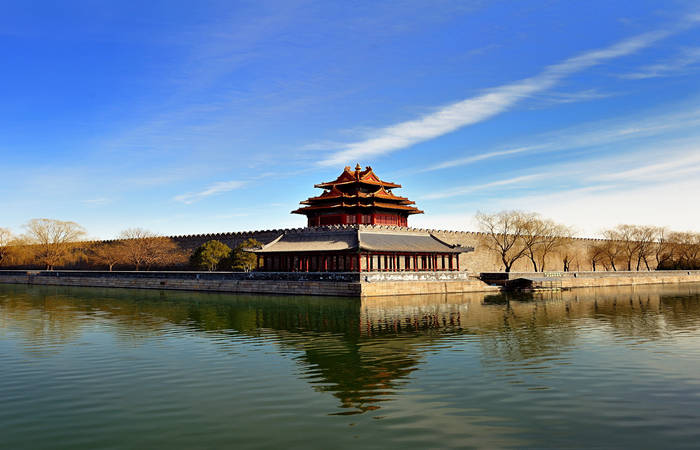 A historical and cultural tour at Beijing and Xian will give you a better understanding of China’s rich history and diverse culture, while an extraordinary sightseeing of the picturesque Guilin will bring a feast of beautiful karst landscapes to your eyes.

Summer Palace: Summer Palace (Yiheyuan) is Chinese Royal Garden which has the largest Scale and best conservation in the world. It is located in Haidian District, about 15 kilometers to Beijing. It has an area of 290 hectares. It was built based on the design and artistic conception from Kunming Lake, Wanshou Mountain, Hangzhou West Lake and some Jiangnan Gardens. It is praised as Royal Garden Museum.

After lunch we will proceed to Wangfujing Street and Donghuamen Street, where can have a feast for numerous shops and various kinds of delicious local Beijing snacks and specialties.

After dinner, our guide will bring you back to the hotel for a good rest.

Day 04 Beijing
Detailed Itinerary:
Today your Beijing tour starts with the exploration of Tiananmen Square. As the largest public square in the world, Tiananmen Square can hold over one million people. It is often considered as a national symbol in China. Tiananmen Square is a must-visit attraction for people traveling to Beijing.
Next we will proceed to the Forbidden City. It is the best-preserved imperial palace in China and the largest ancient palatial structure in the world. With the magnificence of royal architectures and imperial treasures, Forbidden City is a must-visit attraction in Beijing.
After lunch, we will go to visit Niujie Mosque. As the largest and oldest mosque in Beijing, Niujie Mosque is a must-visit mosque for Muslims. It attracts people by its grand size of architectures with a mixture Islamic and traditional Chinese culture. Then we will visit Muslim Supermarket, which is the largest Muslim supermarket in Beijing selling various kinds of Muslim food and snacks, and other Muslim featured items.
The last destination will be The Place. As a famous shopping mall in Beijing, The Place is famed for huge LED sky screen. It is a blend of shopping mall, office building, space art and fashion.
After dinner, our guide will bring you back to the hotel for a good rest.

Tiananmen Square: Tiananmen Square is the third largest city square in the world. It has great cultural significance as it was the site of several important events in Chinese history.It is the most popular beijing tour destinatioan.

The Forbidden City: The Forbidden City is 24 emperor's palace in Dynasty Ming and Qing. It is called Gu Gong in Chinese, located in the Center of Beijing. It is the ancient palace which has the largest scale, most magnificent, and best reservation in the world.You can start your china beijing tour from here.

Summer Palace: Summer Palace (Yiheyuan) is Chinese Royal Garden which has the largest Scale and best conservation in the world. It is located in Haidian District, about 15 kilometers to Beijing. It has an area of 290 hectares. It was built based on the design and artistic conception from Kunming Lake, Wanshou Mountain, Hangzhou West Lake and some Jiangnan Gardens. It is praised as Royal Garden Museum.

This morning we will go to Madian Mosque at first. It is one of the famous mosques in Beijing, featured with typical Chinese traditional courtyard styled architecture and quiet environment. You can do prayers in the mosque.

Then we will proceed to experience the ancient Beijing culture and life at Yandaixiejie. It a famous ancient street in Beijing with numerous stores and shops lining on both sides of the street selling various kinds of collections of souvenirs and gifts.

Afterward, you will take High-speed train to Xian. Our Xian local guide will pick you up at the railway station.

Our guide will transfer you to have breakfast at the hotel and then bring you to visit Ancient City Wall. It is a famous landmark in Xian. The City Wall is the largest and best preserved Ming Dynasty city wall. Visiting the City Wall, you can not only learn city construction and architectural arts in ancient times. Also you can get some good views of Xian city.

Then we will move to Music Fountain Square for sightseeing and leisure. Afterward, we will proceed to appreciate Big Wild Goose Pagoda. It is a famous Buddhist pagoda in Xian. Built in the Tang Dynasty (618-907), Big Wild Goose Pagoda is where to admire Buddhist Religion culture and its attractive architecture.

After dinner, our guide will bring you to the hotel for check in.

After breakfast, our guide will bring you to visit world-famous Terracotta Warriors and Horses. Known as “the Eighth Wonder of the World” and the most significant archeological excavations of the 20th century, the Terracotta Warrior and Horses provide a large number of collections of life-size terracotta soldiers and horses, ancient weapons and chariots made 2,000 years ago for admiration.

The next scheduled destination will be the Great Mosque. This is one of the oldest and largest mosques in Xian. Famed for its long history and unique architecture which is a combination of Islamic and traditional Chinese style, Great Mosque is a popular attraction for tourists coming to Xian.

Then we will go to Muslim Street, a renowned Muslim community in Xian. At Muslim Street, you will not only taste numerous delicious local Xian snacks and Muslim food, also you will experience the strong Muslim atmosphere and their lives there.

After dinner, our guide will transfer you back to the hotel for a good rest.

After breakfast, our guide will transfer you to the airport for flight to Guilin. Our local Guilin guide will pick you up at the airport. After lunch, your Guilin sightseeing will begin with Chongshan Street Msoque. Chongshan Street Mosque is said to be the best maintained mosque in Guilin. Covering a surface area of 2000 square meters making it the largest mosque in Guilin. The temple is the combination of Chinese traditional style and Islamic architectural style.

The next scheduled destination will be Elephant Trunk Hill. Elephant Trunk Hill is a popular scenic spot in Guilin. It is located at the western bank of the Li River in Guilin. The hill is shaped like gigantic elephant drinking water out of the Li River, and that’s how it got its name. It is the masterpiece of Karst landscape, composed of pure limestone deposited on seabed 360 million years ago.

The last destination arranged for today will be Fubo Hill. Also known as Wave-Subduing Hill, Fubo Hill is another enchanting scenic spot in Guilin. It is located in the west bank of Li River and is about 2 kilometers away from Elephant Trunk Hill. Actually this is quite a small hill with the size of 213 meters in length and a height of 62 meters above the water. Thought small, Fubo Hill provides beautiful scenery. Fubo Hill Park is an integrative garden park featured with Fubo Hill, the Pearl-Returning Cave, the Thousand-Buddha Cave and the Sword-Testing Rock brings extraordinary views.

After dinner, our guide will transfer you to the hotel for check in.

After breakfast at the hotel, our guide will pick you up and transfer you to the famous Yangshuo scenic area for sightseeing. The first destination arranged for today will be Silver Cave. This is a beautiful cave providing spectaculars of karst landscapes and stalactites. It is located in Lipu County and only 18 kilometers away from Yangshuo. As a typical karst cave, Silver Cave runs through 12 hills. It is a floor-type cave with three payers. What attracts people most are the stalactites inside the cave. They have different types and shapes characterized with crystal clear and sparkling features.

Afterward, we will proceed to visit Moon Hill. Located about eight kilometers from Yangshuo town, Moon Hill is a limestone pinnacle with a moon-shaped hole penetrating the hill. Hence it is given the name Moon Hill. It is the most visited attractions in Yangshuo. Seen from different perspectives, the hole takes on different shapes ranging from the crescent moon, half moon to the full moon, forming a marvelous spectacle.

Next we will move to enjoy the amazing Li River cruise. We will cover the Fuli Highlights of the Li River. The picturesque landscape scenery in Guilin will be the indispensable memory if you choose to have this cruise. Li River is praised as the No. 1 Guilin Landscape among all the waters and mountains in Guilin with its green hills, limpid water, unique caves and beautiful rocks. The scenery is just like the picture which shows in the RMB 20 note.

The last stop for our trip today will be the West Street. Yangshuo West Street lies in the center of Yangshuo County. It is 517 meters long and 8 meters wide. The street is paved with marble and takes an “S” shape. Buildings along the street are in ancient style featured with special local flavor and cultural reflection. Reputed as “Foreigner Street” and “Global Village”, the night scene at West Street is full of exotic aroma which is especially charming. Also you can buy various kinds of souvenirs and taste a lot of local delicacies along the West Street.

At last our guide will transfer you back to Guilin and drop you at your hotel.

After breakfast at the hotel, our guide will transfer you to airport for departure which will take off at 10:35AM. Have a nice trip!

*Prices may vary according to your travel time and are higher in the high season, e.g. Labor’s Day (Apr 29-May 3), China National Day Holiday (Sep 29-Oct 8), and Chinese New Year Holidays.
* If only one person is traveling then the single room supplement is not required. If, for example, three people book a hotel, with two in one room and one in another room, the single room supplement must be paid.