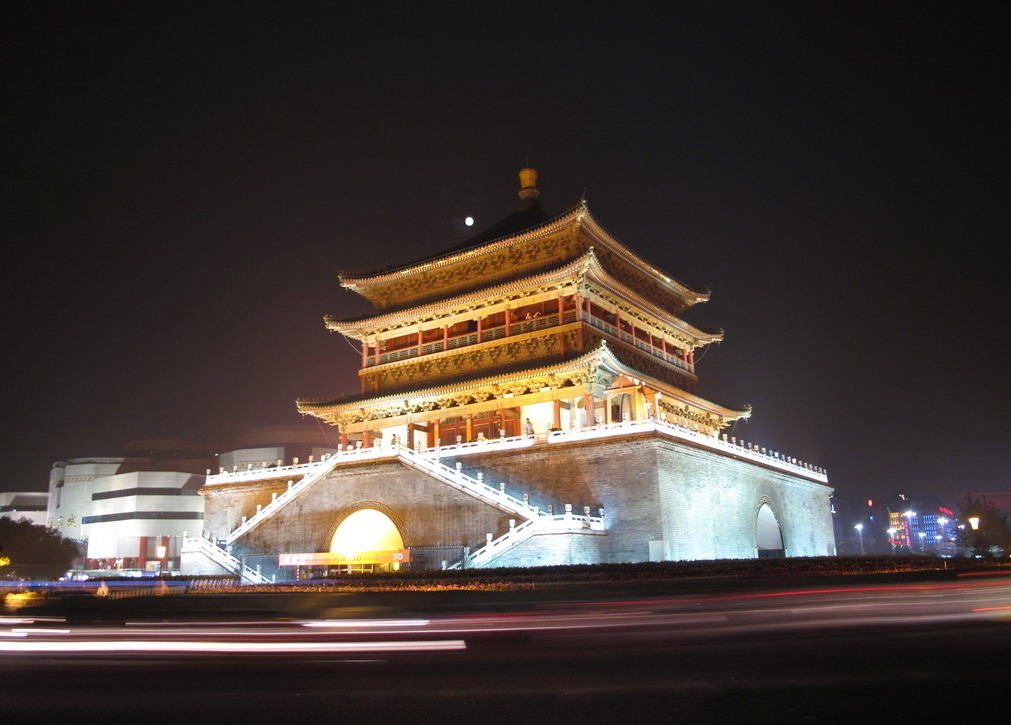 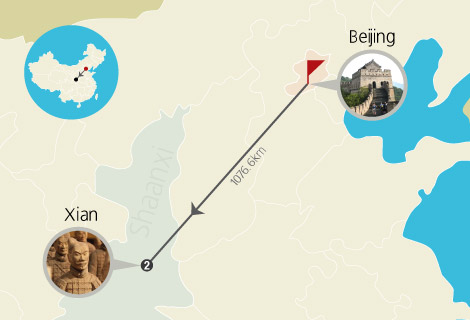 This is an elaborately designed seat-in-coach tour to explore at China’s two famous ancient cities Beijing and Xian to get a better idea of Chinese rich history and glorious culture.
ITINERARY
PRICE
Q & A(0)

You will take night flight to get to Beijing from your country. Our guide will meet you at the Beijing Capital International Airport and transfer you to the hotel for check in.

Then we will proceed to visit Tiananmen Square. As the largest public square in the world, Tiananmen Square can hold over one million people. It is a famous monument in Beijing and is often considered as a national symbol in China.

Next we will proceed to the Forbidden City. It is the best-preserved imperial palace in China and the largest ancient palatial structure in the world. With the magnificence of royal architectures and imperial treasures, Forbidden City is a must-visit attraction in Beijing.

After dinner, we will go back to the hotel for a good rest.
Meals: Hotel Buffet Breakfast, lunch and dinner at local Halal restaurant

After that, we will head to Madian Mosque. Featured with Chinese traditional courtyard style, Madian Mosque is a key cultural relics protection units of the Beijing City.

After dinner, we will go back to the hotel.
Meals: Hotel Buffet Breakfast, lunch and dinner at local Halal restaurant

After breakfast at the hotel, we will go to visit Niujie Mosque. As the largest and oldest mosque in Beijing, Niujie Mosque is a must-visit mosque for Muslims. It attracts people by its grand size of architectures with a mixture Islamic and traditional Chinese culture. You can do prayers in this mosque. Then we will visit Muslim Supermarket, which is the largest Muslim supermarket in Beijing selling various kinds of Muslim food and snacks.

The next arranged destination is Beijing Olympic Stadium. Beijing Olympic Stadium is also known as Bird’s Nest. Used to be the main stadium of 2008 Beijing Olympic Games, now the stadium acts as the center of international or domestic sports competition and recreation activities. Also it is a popular tourist site in Beijing, attracting people by its unique design and humanistic architecture. It would be great to take some beautiful pictures there.

Next we will enjoy an amazing Acrobatics Show. After the show, our guide will transfer you back to the hotel for a good rest.

Day 05 Beijing to Xian by Bullet train
Detailed Itinerary:
This morning we will head to Nandouya Mosque after breakfast. It is a famous mosque in Dongcheng district of Beijing. You can do prayers in this mosque.
Then we will go for free shopping at Yaxiu Market & Xiushui Market. These two markets are very famous tourist shopping markets in Beijing. A large variety of goods is waiting you to discover and buy.
The last stop for today will be The Place. As a famous shopping mall in Beijing, The Place is famed for huge LED sky screen. It is a blend of shopping mall, office building, space art and fashion.
Then our guide will transfer you to the railway station for High-speed train to Xian. Our local Xian guide will pick you up at Xian train station and transfer you to the hotel for check in and rest.
Meals: Hotel Buffet Breakfast, lunch

Day 06 Xian
Detailed Itinerary:
Today, your exploration of Xian will begin with a visit to the Terracotta Warriors and Horses Museum, which is dubbed as “World’s Eighth Great Wonder”. Those artifacts of numerous life size terracotta figures of warriors and horses with different features, facial expressions, clothing and hairstyles arranged in battle formations provide live examples to study the military, culture and economy of the period they were made.
Then we will proceed to Daming Palace National Heritage Park. First built by Emperor Taizong (599-649) of the Tang Dynasty, Daming Palace was the imperial palace complex of the Yang emperors for more than 220 years. As an excellent representative of oriental garden architecture, Daming Palace distinguished itself with magnificent architectures and its historical and cultural significance.
Then our trip will be extended to Ancient City Wall. It is the largest and best preserved Ming Dynasty city wall. Visiting the City Wall, you will not only learn the city’s construction and architectural arts of ancient times, but also get beautiful views of Xian City.
After that, we will have a visit at the Bell Tower and Drum Tower Square. the symbol of Xian city. Built in the ancient Ming Dynasty (1368-1644), the Bell Tower and Drum Tower have thousands of years’ history with historical and cultural significance.
The last stop will be Muslim Street. It is a renowned Muslim community in Xian. At Muslim Street, you will not only taste numerous delicious local Xian snacks and Muslim foods, but also experience the strong Muslim atmosphere and their lives there.
Our guide will bring you back to the hotel for a good rest.
Meals: Hotel Buffet Breakfast, lunch and dinner at local Halal restaurant

Day 07 City tour and Depart from
Detailed Itinerary:
Today your sightseeing will begin with a visit to Shaanxi History Museum. It is one of the first huge state museums with modern facilities in China. Housing a large collection of historic and cultural relics, including murals, paintings, pottery, coins, as well as bronze, gold, and silver objects, Shaanxi History Museum will give you a better idea about ancient Chinese history and culture.
The next scheduled destination is the Big Wild Goose Pagoda Square. It is a famous Buddhist pagoda in Xian, which was built in the Tang Dynasty with a traditional Chinese architect characteristics
As your tour concludes, our guide will transfer you to the airport for your departure flight. Wish you a pleasant trip back home!
Meals: Hotel Buffet Breakfast, lunch and dinner at local Halal restaurant

* Departure time on Tuesday or Thrusday,Saturday,and arrive in Beijing on Wednesday or Friday,Sunday early Morning
*Child will charge the same price as adult