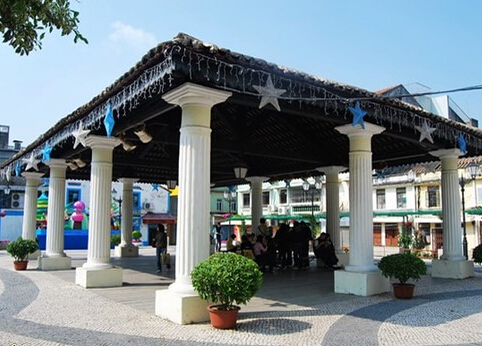 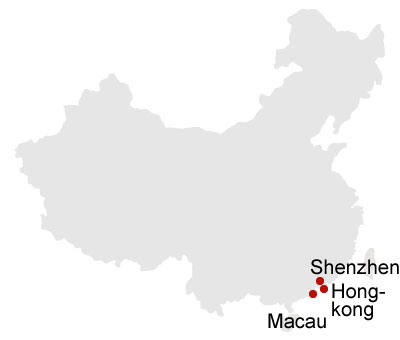 This Hong Kong Shenzhen and Venetian Macau 6 days tour meets all the needs from Muslim travelers in terms of itineraries, attractions, Halal food and hotel preference,

LUOHU SHOPPING MALL
Enjoy approx. 2 hours at Luohu Shopping Mall will give you opportunities not only to shop bus also to bargain. Remember to bring adequate cash and an extra pair of help hands.

Splendid China & China Folk Cultural Villages are comprised of two sections side by side. The first is a miniature park of China and the other section consists of 56 houses, each representing one of the 56 nationalities in China.

MOUNT FORTRESS
The fortress was Macau's principal military defense structure which was built conjunction with the Jesuits form 1617 to 1626.

SECTION OF THE OLD CITY WALL
This surviving segment of City Wall was built in 1569. It is a remnant of an early Portuguese tradition of constructing defensive walls around their port settlements. It has became a World Heritage in 2005.

NA TCHA TEMPLE
Built in 1888, this temple is dedicated to the worship of Na Tcha. This small traditional Chinese temple stands close to the remains of the principal Jesuit enterprise of the region, presenting a dialectic of western and Chinese ideals, as one of the best examples of Macau's multicultural identity and religious freedom. The temple is one of the top places listed on Macau's sightseeing list.


COTAI STRIP and VENETIAN MACAO
Inspired by the Las Vegas Strips, COTAI strip is the fastest growing entertainment district in the recent years funded by Las Vegas Sands. By the end of 2010, the strip will host up to 30 resorts making it the newest vacation paradise.
Cotai was the result of a major land reclamation project which joined the two islands of Coloane and Taipa,   It is to be mainly used for casino developments and Las Vegas Sands Corporation envisioned that their development of several adjacent properties would comprise an area that would resemble the Las Vegas Strip.

You will visit the Venetian Macao Resort, the largest single structure hotel building in Asia. You will have the choice to either trying your luck at the gambling table, shop till you drop at the Grand Canel Shoppes or treat yourself to taste a variety of international cuisine within the resort.

Day 04 Macau to Hong Kong
Detailed Itinerary:
After hotel breakfast, take ferry to Hong Kong, visit Repulse Bay, Bauhinia Square, Top of Victoria Peak(with 1 tram), Madam Tussaud’s, Jewellery shop, Chocolate shop, Kowloon Mosque. after the dinner, send to hotel.
- HIGHLIGHTS -
ABERDEEN FISHING VILLAGE
Aberdeen Typhoon Shelter is an old traditional fishing village which is hard to find in any other parts of the World. You may gain a deeper insight of the lifestyle of Hong Kong fishing folks by riding on a sampan (at your own expenses).
VICTORIA PEAK
Take coach to summit (Mid Level) to have a bird eye view of Hong Kong.
KOWLOON MOSQUE
Kowloon Mosque is the largest and the most important Islamic Mosque in Hong Kong. Located on the bustling Nathan Road in the southeast corner of Kowloon park, the Kowloon Mosque caters to the more than 50,000 Muslims in the territory, half of whom are Chinese.
Meals: Hotel Buffet Breakfast, Halal lunch, Halal dinner

Hong Kong Disneyland is located on the Lantau Island of Hong Kong. The park opened to visitors on 12th September, 2005. The park consists of six themed areas: Main Street, USA, Fantasyland, Adventureland, Tomorrowland, Toy Story Land and Grizzly Gulch. The park currently occupies 22.4 hectares and will be expanded to 27.5 hectares when the 2 new themed areas are completed.


Fantasyland
Journey into the realm of imagination where anything is possible and fairytales come to life. Experience happily ever after as you meet the Disney Princesses, soar through the air with Dumbo in the land of where dreams do come true.
Activities recommend:
- Cinderella Carousel
- Dumbo the Flying Elephant
- Sleeping Beauty Castle
- Snow White Grotto
MAIN STREET, U.S.A.
Travel back to the Main Street Walt Disney remembered, a quaint 19th century American town that is filled with rustic charm. Everywhere you look, the air will reverberate with energy - from dazzling parades with a host of Disney Characters to the spectacular fireworks each evening.
Grizzly Gulch
Grizzly Gulch provides an immersive Wild West experience for you. The Big Grizzly Mountain “Runaway Mine Cars” is the must try, which is the multidirectional terrain coaster for you to experience unique and innovative runaway adventure.
Activities recommend:
- Big Grizzly Mountain Runaway Mine Cars
- Geyser Gulch
- Wild West Photo Fun
Adventure Land
Journey into the mysterious and exotic jungles of Africa and Asia where excitement and fascinating adventures await you. Prepare to be immersed in a 'wild' musical or explore the unknown on a Jungle River Cruise. You can also visit the home of Tarzan and Jane way up high in the tree tops.
Activities recommend:
- Jungle River Cruise
- Raft to Tazan's Tree House
Meals: Hotel Buffet Breakfast, Muslim lunch Disney Coupon

Day 06 Hong Kong Depart
Detailed Itinerary: After your hotel breakfast you are free fore leisure. You will then be transferred to Hong Kong airport for return flight back home.

If you take evening flight, we recommend you to go to a to a big Shopping Mall near airport - CityGate Outlets.

Block days
Rate not valid for Special holidays include:
Christmas, Easter, New Year, Chinese New Year. Labor Day Holidays from May 1-7, National Day Holidays from Oct 1 to 7.
The above quotation is NOT suitable for student and teacher’s group.