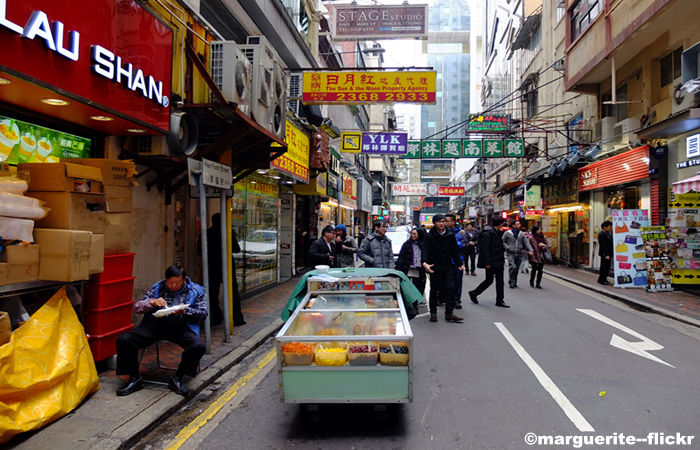 This Hong Kong Macau Packages includes visit to some beautiful world heritage sites in Hong Kong and Macau.  It also fulfills the desires of die hard shoppers with extraordingary shopping experience in Hong Kong till midnight.

Hong Kong Kowloon Mosque: Kowloon Mosque is the largest and the most important Islamic Mosque in Hong Kong. Located on the bustling Nathan Road in the southeast corner of Kowloon park, the Kowloon Mosque caters to the more than 50,000 Muslims in the territory, half of whom are Chinese. Built in 1984, served for the British Army’s Indian Muslim Troops, the mosque with its grand white dome and minarets stands out on the Golden Mile and the mosque is especially interesting to visit on Friday lunchtime. But visitors are unwelcome unless they obtain special permission in advance.

Victoria Peak: Victoria Peak is one of Hong Kong’s famous sightseeing, where you will enjoy the amazing spectacular view of the surrounding city skyline, the world-famous Victoria Harbour and Kowloon, towering skyscrapers and peaceful green hillsides.


- HIGHLIGHTS -
TEMPLE OF A-MA (World Heritage)
The temple was built 400 years ago in homage to a girl who saved seamen's life. Macau was later named by the Portugese settlers in mid-16th Century. This temple has become a World Heritage in 2005.
SECTION OF THE OLD CITY WALLS (World Heritage)
This surviving segment of City Wall was built in 1569. It is a remnant of an early Portuguese tradition of constructing defensive walls around their port settlements. It has become a World Heritage in 2005.
RUINS OF ST. PAUL'S
In the heart of the old city stands the great carved stone facade of St. Paul's, which, with the grand staircase, are all that remain of the first church and Colleague of the Jesuits in China.  Designed by an Italian Jesuit, the church was built in the early 17th century.  In 1835 a fire destroyed all but the facade.
NA TCHA TEMPLE (World Heritage)
This Chinese traditional style temple called Na Tcha Temple which was built for worshipping Na Tcha (a mythical character). This temple has become a World Heritage in 2005.
MOUNT FORTRESS (World Heritage)
The fortress was Macau's principal military defense structure which was built in conjunction with the Jesuits form 1617 to 1626. The fortress covers an area of 10,000 square metres and in the shape of a trapezoid. It has become a World Heritage Site in 2005.
MACAU TOWER (Admission on own expenses)
Soar to a breathtaking 223M above ground, Macau Tower offers you a different vision of the entire city. Gaze out over to Cotai Strip, look for Macau's landmarks and historical sites all in one spot.. It offers the best view of Macau and has been awarded "Best Theme Attraction in Asia Pacific" for 2005 & 2006 by TTG Asia – Macau Tower.   For those with fear of heights, there are also souvenirs shops, Mocha clubs (machine based casino gaming) and coffee shops located at the ground floor.


COTAI STRIP and VENETIAN MACAO
Inspired by the Las Vegas Strips, COTAI strip is the fastest growing entertainment district in the recent years funded by Las Vegas Sands. By the end of 2010, the strip will host up to 30 resorts making it the newest vacation paradise.
Meals: Hotel Buffet Breakfast, Halal Lunch, Halal Dinner

Day 04 Depart from Macau
Detailed Itinerary: Hotel breakfast, free at leisure, transfer by private coach to ferry terminal, then take ferry to Hong Kong airport for return flight back home.  The ferry ticket will be arranged by us in advance.

Price per person in U.S.dollarChange a currency:
USD
2021

BLOCK DAYS
Rate is not valid For April and October, please email us for detailed rate.
Rate not valid for Special holidays include:
Christmas, Easter, New Year, Chinese New Year. Labor Day Holidays from May 1-7, National Day Holidays from Oct 1 to 7.
The above quotation is NOT suitable for student and teacher’s group.